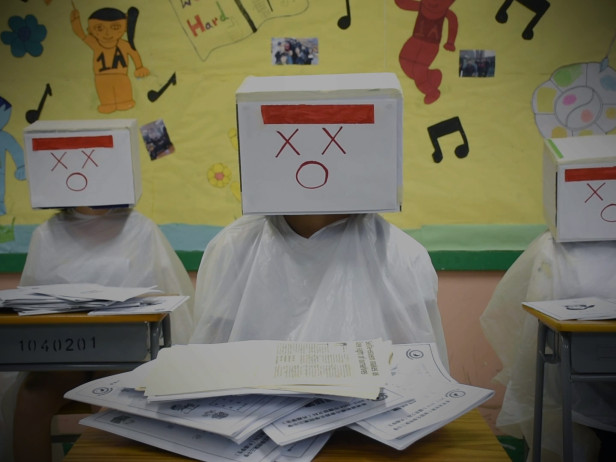 the one minutes november

short movies in the skull

Watch the latest series of The One Minutes in Atelier van Lieshout’s SKULL!

Nominees The One Minutes Jr. Awards: Playing war in Myanmar, becoming a doctor in South Sudan, a long jump in Azerbaijan, an exhibition in Charkov, Hong Kong puppet.

Our November series consists of fifteen One Minutes made by youngsters from all over the world. Their films are nominated for The One Minutes Jr. Awards 2015.

The Awards ceremony will take place on Saturday 28 November in VondelCS in Amsterdam (NL) during the International Documentary Filmfestival Amsterdam.

On Sunday 29 November the LOOK! BUDDY POP-UP EXHIBITION will open at WOW, a collaboration between the nominees and kids from the Kolenkit exploring the neighbourhood together.

The One Minutes is an organisation that invites artists to contribute one minute-long videos. These videos are published in series composed by various curators. Twenty museums and cultural spaces around the world are subscribers, and show the series within their organisations. We encourage you to submit your videos and participate in the project.

The One Minutes can be watched in the WOW lobby in the SKULL by Atelier van Lieshout.