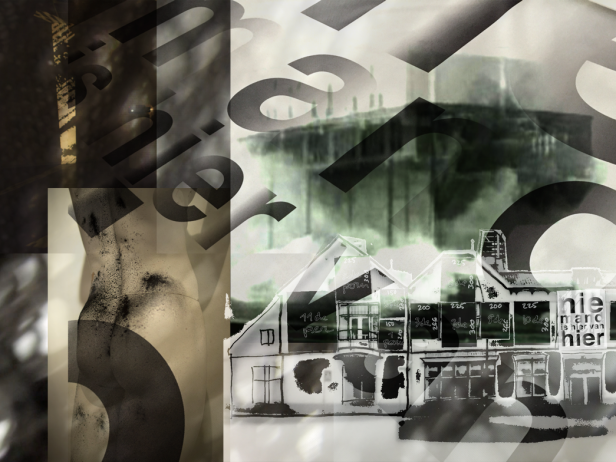 An Artists' Intervention at WOW

On Saturday the 12th of December from 1pm, several of the participating artists hosted workshops in their respective mediums and interests, often inviting the visitor to join them in creating a piece of art.

There were music performances, live painting, performance and much more on the day. The events were opened by key opinion leader Ahmed Marcouch and Frans Geraedts, philosopher and founder of Sjtub.

2015 is the Year of the Mines. Fifty years have passed since the decision was made to close the Dutch coal mines. Ten local and international artists have made works of art that are concerned with that history of mine work and mine closure.

Their work has previously been shown in ten solo exhibitions in the Eastern mine region. Now, at the end of the year, selected works are brought together in a restrospective. The works are an inquiry into the role art can play in processes of transformation as well as direct interventions in the renaissance of the former coal mining region.

The retrospective, POST-Mining, will be held at WOW, the cultural centre of the Kolenkit area in Amsterdam West, an area where many immigrants live. WOW is proud to present this work to the citizens of Amsterdam. The works bring the neglected problems of the mining region to the centre of the country. The works discuss the role of art. The works are exciting, surprising, moving.

The mining region was (and is) an integration machine for immigrants. So too is Amsterdam West. POST-Mining at WOW is a conversation between peers, out of a shared destiny, from immigrant to immigrant.

POST-Mining is the twelfth Sjtub manifestation. Sjtub is a word in the local dialect of the former coal mining district in the south of the Netherlands. The word means matter, dust, black lung. We borrow the word for at least a decade (2010-2020) to use it as the title of a public art project that is directed at the citizens of the district.

The project happens throughout WOW’s building and exterior spaces. Open every day from 10 am to 6 pm. Free entry. For the event on Facebook go here and click attend.