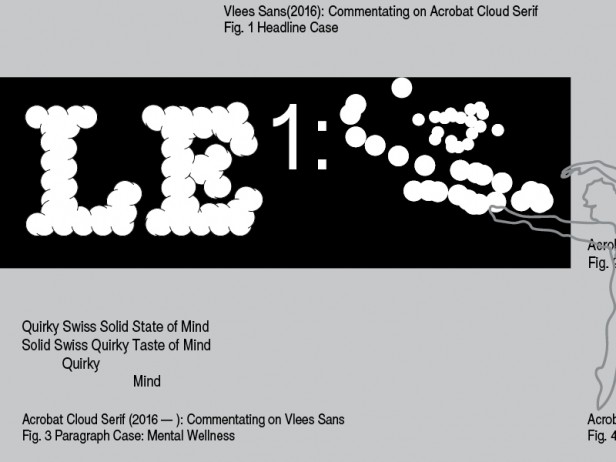 Dialogues contains a series of conversational exchanges between typefaces about stories of birth, appearances, and personalities. In WOW’s Vertical Gallery, each wall is dedicated to a font. They converse and share their thoughts about each other.

Jungmyung Lee is a freelance graphic designer based in the Netherlands mainly focusing on types and project-based performances. She studied at the Werkplaats Typografie in Arnhem (2013-2015). She runs Jung-Lee Type Foundry together with Helsinki Type Studio focusing on the shapes of letters that could reach emotions through different media.

Dialogues will be shown in the Vertical Gallery.

On Friday 24 June a joint opening with Oscar Abraham Pabón is planned. More on Facebook.