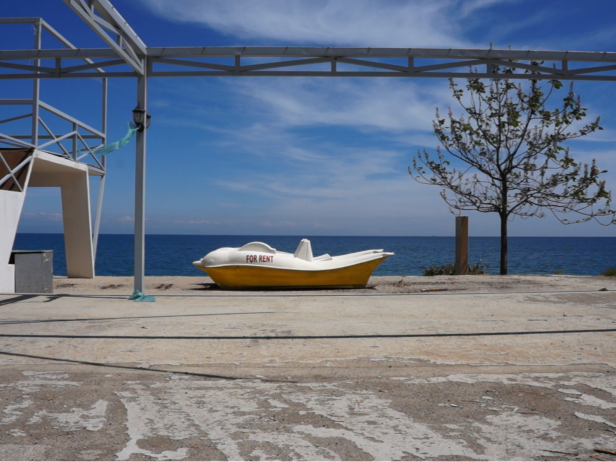 Inge Meijer, Christopher Holloran and Jessica Tucker are working hard to use the new media to express what they think is important and interesting. Inge and Christopher received a contribution from YAA to complete their project. Sunday November 23 they show their results at WOW. For those interested , there is a guided tour at 19.30 in the building of WOW and the Slow Tech exhibition. Afterwards there will be drinks. Admission is free!!

Jessica Tucker (1989, USA), aka FETTER, is an Amsterdam-based multimedia artist, musician, and producer. With her intimate and layered vocal/electronic music, together with her surreal and playfully strange animation videos and cryptic poetry, Tucker’s work is at once playful and angsty, flirtatious and melancholic. In 2013 Tucker received her BFA in Audiovisual Art from the Gerrit Rietveld Academie in Amsterdam. Before that she also studied at MIT and Wellesley College in Massachusetts. Since relocating to the Netherlands, Tucker has been involved in various Amsterdam-based independent art and music initiatives and is performing regularly under the moniker of her solo vocal drone-pop project,
For this event Tucker will give a short audiovisual performance of her latest work, combining music and animated abstract collages into an immersive, hypnotizing experience. There will be time for questions and discussion following the performance.

Christopher Holloran (1987, UK) studied graphic art and design in Leeds, UK until moving to Amsterdam to study VAV (Audio/Visual) at the Gerrit Rietveld Academy. His work focuses on mediated representations of reality with an emphasis on hyper reality. Working mediums include film-making, installations and performance. Veni Vidi Nescio (I Came, I Saw, I Don’t Know) is set in Amsterdam, Japan. The film uses a representation of Amsterdam to explore the idea of a concrete environment that contextualizes our reality; looking out to look in. We meet three characters Koekebakker, Bavink and Hoyer who traverse the streets in conversation with the city to gain feedback and personal perspective, but their subsequent actions of ecstasy and violence only highlight a sense of displacement and dislocation. Veni Vidi Nescio was filmed on location in Huis Ten Bosch Theme Park, Nagasaki, Japan. It is inspired by the writings of the Dutch author Jan Hendrik Frederik Grönloh (1882-1961) a.k.a Nescio. The premiere of this film at WOW Amsterdam will be performed with an live original soundtrack by Nora Turato.

Inge Meijer (1986, NL) studied and graduated in 2012 in Arnhem: Artez Academy of Fine Arts and Design Department. She participated in 2009 in the European Exchange Academy, Beelitz, Germany. Meijer will present her project Kemer. Kemer is a town on the Turkish coast whose population more than quadruples during the holiday season. The region is mainly comprised of ultra luxurious resort hotels. Hotels that no longer meet the contemporary requirements of guests are abandon, while locals try to cast new lives in these stranded shells. It seems to cost less to discard structures and build again elsewhere in pursuit of attracting tourist. This project traces the impressions left on a landscape affected by conditions of tourism and a globalized economy. Remnant formations of excessive consumption lay as patterns of the past while perhaps quietly predicting the future.