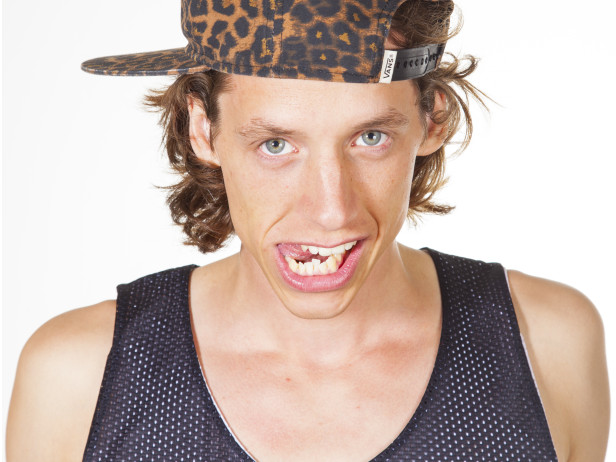 Valentijn Bannier is one of the new entries in WOW as an Artist in Residence, but already with many explosive ideas that we hope to see soon also in WOW.

Valentijn studied at the Conservatorium van Amsterdam, and already during the second year of his studies in guitar he was playing with the band Zuco 103 and toured with them for a year around Europe. A possibility for him to “get to know many musicians and people already in the business, and also to learn directly from experience by touring with them”.

After the period with Zuco 103, Valentijn played as a session musician in different bands, until his graduation project for which he had to organise a festival together with the other students to show their work to people already in the music business. “During that event you need to show what you are as a musician, so I decided to show people my own style, more than what I could do as a side kick in other bands”.

That was the moment when Koffie, an afro beat band, started. They are now writing the music for their third album and are going to record it next month in Utrecht. Koffie’s music is jazz-oriented with African funk rhythms, very danceable and with a lot of improvisation. “I’m the guitarist of the band and together with the drums, percussion and the bass we are a block of rhythm, a base for virtuous improvisation with the saxophone or synthesizers, that lift the music to a modern sound. It is not really jazzy, but more an hypnotic beat that puts you in a trance to dance the night away”.

After Koffie, he started his second band, Cirque Valentin. “While Koffie is a group project, Cirque Valentin is something that I started on my own, and did not want to make any concession on what I wanted to make. And after I discovered my sound and wrote the first songs I met the right musicians and we performed the songs for three years before we thought the time was right to record them”.

From recording to release many things come into play, and all of them have a specific timing. On Pleasure Island was a band recording, so all the songs were recorded live with the whole band. “We booked a studio for three days and laid down the base of the tracks, then we recorded the voices, the synthesizer and the special instruments, and the whole overdubbing process took two months. After we chose the takes that we wanted during the editing, we stayed in Berlin for two weeks to mix the album, and we did it analogue, so we had to do it one song at a time, plus some radio edits. When the music part is over, then you need to produce the artworks for your album, check out the printers, upload your material on iTunes or Spotify and send it to music magazines”. The whole process took about a year.

“Cirque Valentin started when I discovered a feeling of freedom within myself, from things I learned and experienced, when I stopped being ashamed of superfluous things and started to live a “shameless life”. As I used to call it”.

A lot starts from metaphorical images. “When I’m inspired by something I get images and movements in my head and then I start to translate them in beats and rhythm. I’m very rhythmical minded and when I see somebody playing drums it gives me a lot of energy. I think of little stories and what music could go with it, or I imagine a crowd of people and think which music would they jump or react to”. However the inspiration came from more than a shameless feeling, it was also about discovering and reflecting on the different aspects that come into play in music, or tv shows he liked, and of course the circus. “For me this caravan of people going around the world to show their tricks to people is a romantic sight, it’s a spirit of togetherness and brotherhood. All these elements makes me happy, and I know directly which kind of music will fit them”.

“Talking about On Pleasure Island again makes me realise how now I’m so focused on doing new things, and finding new people that fit the music.When I look back at the first album I notice I had a sort of urge to prove I could create my own style and sound, which resulted in having difficulties in accepting input from the people I was surrounded by. That changed a lot. Now I’m eager to learn and to develop my craft, and I write with different musicians and say yes to every input. I did music for a bit now”.

During their studies at the Pop Conservatory musicians are really encouraged to develop their own style, and once they find it and begin to write songs, all the organisation part comes into play, so they start to get a band together, organise rehearsal, call to stages, get a record company, contracts, artwork and so on. “From the third year I did not have time to study guitar anymore, but after all these years I feel the need to go further with it and do better. After realising the new album I’m open for everything, because I want to learn and it is not important to release all songs, but I want to develop my sound and style. I’ve been making music for a while now and I know what I can do, what I want to learn and what I can do with the new things that I learn. I can see what is important for me and what is not, and I know the value of learning also things that are not important at first sight, but that can improve my skills and techniques, and help me be a better musician”.

Nowadays when you release your first album, everything has to be clear, what you do, what your style is and everything has to fit also in the way you communicate on social media and music videos. “When you start most of the time you have a low budget and have to do everything by yourself and then you find yourself not studying or not developing your band anymore. For this reason I am now developing a sort of self-discipline to write every day, and I want to continue also when the next album is ready. I think it is very important to keep writing and keep your inspirations flowing”.

“Now after 10 years of performing it was time to stop, write new things and develop in a new direction. I want to have a new set, get motivated again and be inspired for a completely new show. We are now in the experimentation phase to develop a new theme, so it is really exciting. I want to surprise myself again”. Concerts are not only about the music, Cirque Valentin is also about style and choreography. “With my band the vibe I want to transmit is really that of brotherhood and family feeling, in many bands I played there were different musicians every night, because everybody has a lot of gigs and you always need a sub for your instrument. Now however I really look forward to having a fixed band again”.

Before living in WOW Valentijn was one of the artists selected for the 3Package Deal at the Bookstore project. Then for various reasons he decided to move and he got to WOW. “Living together with many artist is inspiring, my interests are so broad regarding styling, choreography and photography that I would love to do some collaboration with the people living here”.

At this stage of the new album development it is difficult to say where things are going, but one thing is for sure, Valentijn’s enthusiasm is contagious. He was nominated for the Benelux best fusion funk guitarist award from “Gitarist”, a music magazine he used to read when he was younger. He had an interview with the magazine three months ago and then he was nominated for the prize among many other good guitarists, “real jazz heroes”.

After the shameless cover of On Pleasure Island we can’t really wait to see and hear what will come out from the new album!