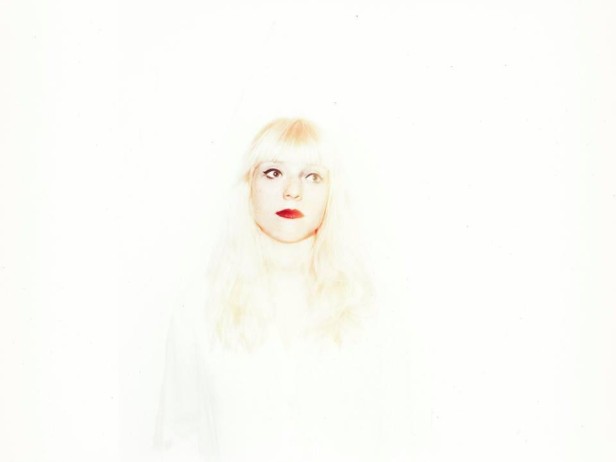 Singer-songwriter Tineke ‘Tenfold’ Hussaarts is a new arrival at WOW. We went up to her room for coffee and welcomed her with some questions about her work and the pains of growing up in music.

what’s in a name

‘Tenfold’ is Tineke’s moniker, something she came up with after seeing her own name printed on a poster for a concert at Studio K in Amsterdam. ‘’I just didn’t like the sound of it,’’ she says. ‘’I gave myself ten minutes every day to find a suitable name. Eventually, I even took a dictionary, looked on the page where my own name would have been. And there it was: tienvoudig. I thought that was perfect: it sounds a bit like my own name and the meaning suits my act. So in English it became ‘Tenfold’. It’s powerful in its simplicity.’’

At the time, Tineke was studying pop music in Enschede. ‘’We had classes in music theory, of course, and technique. But a big chunk of it was about entrepreneurship, too. We learned how to market our act.’’ To this day, she does everything herself, from writing and composing to booking gigs and arranging studio time to record EP’s. ‘’The next one is coming out early 2016, right on time for festival season. I’m hoping to experience that fully.’’

At the Academy, Tineke had a bit of a rough start. ‘’I wasn’t admitted straight away but was put on the waiting list. I got in after all, but in the beginning it gave me the feeling that the people I was studying with were better than me.’’ The feedback from teachers wasn’t always easy to deal with either: ‘’At the time, I was making music more or less in a Jack Johnson kind of way, and they said, ‘That’s not you’. So I changed my style, even started singing in Dutch. At the same time, I wrote songs in a duo in English. After a while, we split up and I just realised, ‘Why the fuck am I singing solo in Dutch?!’. Next time I played for the teachers I was much more confident; and suddenly they agreed with my choices. It taught me that it’s all about attitude: when you open yourself up to criticism too much, that’s exactly what’ll happen.’’

too critical is dangerous

Tineke has a rigid schedule when it comes to writing songs. ‘’Three times a week my phone is on flight mode and I just write music. I make myself write a song within a specified timeframe. That way, when I work under time pressure, I’m not allowed to be too critical and I just need to get on with it. Later I can finetune and select the best material from a large number of tracks. But being too critical while you’re writing is dangerous. It’s a misunderstanding that everything you do has to be amazing. You end up not producing that much at all.’’

Having been selected for the Popronde in 2014, and with concerts booked soon at Noorderzon Festival in Groningen and at De Nieuwe Anita in Amsterdam, Tenfold is already comfortable playing to crowds. She also played WOW Noir #3 in June. ‘’I love that concept, and if there is going to be a need for someone to organise it in future, I’d like to do it. Maybe turn it into a more intimate event, perhaps in people’s rooms here at WOW.’’

While some artists lament the need for the audience to compare their music to other, more established names, Tineke is humbled when compared to her idols. ‘’When people say I sound like, say, Laura Marling or The Tallest Man on Earth, I love it. It means that I’m doing it right.’’

why the fuck am i singing in dutch?!