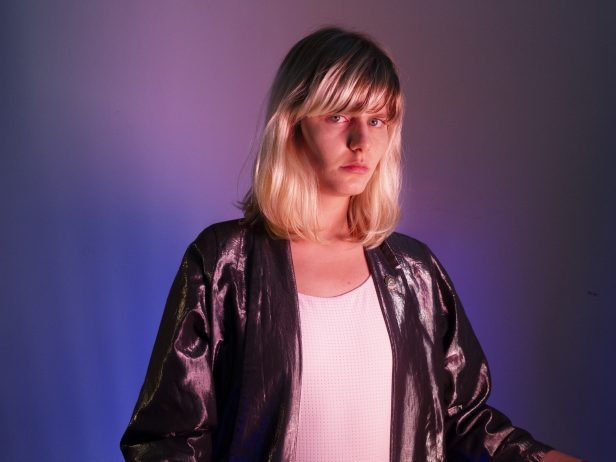 Timna Tomiša’s work has a surreal vibe; dark visuals tinged with a quirky kind of intelligence that betrays her perfectly deep understanding of how the world works. At 23, the Croatian filmmaker and artist has already secured funding for her first solo exhibition, taking one of many steps out of that post art school black hole so common amongst young graduates. Her inspiration? Friends and peers, from school mates to co-workers.

“It’s nice when your inspiration can just be someone in your own environment. It makes the dream seem less unattainable, less like chasing air castles.”

Timna, you grew up in Croatia and went to a high school focused on the exact sciences. How did you end up at Rietveld?

I got interested in photography when I was 16. I never thought I’d go to art school, my future plans involved things like med school or genetic engineering. My sister was the one to suggest the idea of art school, and a classmate mentioned a good school in Prague. But the entrance exam dates coincided with my state graduation, and I didn’t want to wait a whole year, so I looked for other schools. That’s how I got to Rietveld. I applied, and got in. Sometimes I still think it was a clerical mistake [laughs].

It must have been hard to adjust to an art school setting after such a different high school experience.

It was. I flunked the first year. I came straight from a high school that specialises in mathematics, and was one of the youngest students at Rietveld. The average age was around 24; people who have studied before, have more experience. The assignments were very different from what I was used to, no more equations, no more ‘find X and you get an A’. The instructions were more like guidelines, or suggestions, you had to figure it out on your own. Sometimes I think teachers were vague on purpose. But I made it through the second time around.

Since your art school adventures started with a love for photography, how did you end up working mostly with film?

The way photography was taught at the time was more theory-based, and my affinity towards the medium had more to do with the fact that it was a recording medium. I enjoy the world-building aspect of it, building a set on which something happens, and just using the camera to capture that. I think I’m more of a narrative-based than medium-based person. I always enjoyed watching films, but thought man, that just seems so difficult to do on your own. In my second year, this girl Emma Westenberg was doing a big production for her grad film, and I helped out on set. It was really motivating, I saw her work and thought wow, you actually can do this on your own. I will always remember that. It’s nicer than saying ‘oh yes I worshipped at the altar of this famous director and want to be just like him or her’. It’s nice when your inspiration can just be someone in your own environment. It makes the dream seem less unattainable, less like chasing air castles.

How would you describe the work you make?

I think I ripped a lot of Jim Jarmusch along the way [laughs]. I don’t know how to describe my style, friends and peers always say ‘that’s so Timna’, so I suppose I’m lucky enough to have my own style. Although I’m not sure it’s possible to have a completely original style that doesn’t refer to anything else these days, because there’s so much work out there, and thanks to the internet, it’s all visible. I think it’s arrogant to claim you’re completely original. You have famous names in science, for example, but that’s just because we still cultivate that image of the romantic genius. Do you think Einstein was the only person working on the theory of relativity at the time? Probably not. The same goes for art. I was watching an interview with Brian Eno, where he talks about how we know all these famous artists like Picasso, but even Picasso had this collective of people around him who gave him this environment in which he could thrive and be intellectually stimulated. Eno has a word for it: ‘scenius’ instead of ‘genius’. Because in the end, a good piece of art is a group effort.

How do you think your environment influences you and your work? Would you call yourself a ‘scenius’?

My environment and the people in it influence me a lot. My artist friends, but also the ones who have nothing to do with art. Those can be the most inspiring: someone with a different worldview can throw you a curveball out of nowhere and make you think well, that’s interesting. There is no such thing as a break or holiday from art, in that sense. Everything you see and hear around you makes you think of new ideas or projects. I have to try very hard to actually rest and do nothing, my brain is on overdrive all the time.

Can you tell us about the exhibition you’re working on now?

I got invited to make something for NEVERNEVERLAND. It was part installation, part narrative publication. The installation was a collection of artefacts that also appear in the narrative piece, but you should be able to view them as separate entities. The work dealt with the subject of growing up. Some people see puberty as a coming of age period that’s also a period of mourning, the loss of being able to see the world from the eyes of a child. One of my teachers always told me to never lose my inner child, so I was quite metaconscious of this while growing up. It’s an interesting contrast with the common worldview, which is that everything gets better once you grow up. Just wait until you accomplish all your goals and dreams, that’s when you reach a place of ultimate peace and joy. That’s not true, it’s bullshit.

You’ve experienced the opposite, then?

This has been a hard year. Away from the safety of an academic institution, dealing with adult life, being spat out of the art school womb. Amongst my friends, there was this sentiment of ‘oh, what I wouldn’t give to be six again, I miss those carefree times’. Some people get the post art school black hole in doses, I feel like I got this massive slap in the face. I was drained after graduation, left for Iceland to do a residency, which was great, but it also felt like I was running away from dealing from things. I remember my dad coming to visit and thinking: now he’s going to see how miserable I am. There was no pressure from my parents, but you put pressure on yourself. Your parents pay for art school for four years, sacrifice things so you can live a better life and now you’re miserable and not living that better life. It was tough winter for everyone, a really strange year.

How did you manage to get out of that strange period?

I got a few commissions and jobs and went from there. One was at a ramen restaurant, where I still work. My side career as a ramen chef is something I’m actually quite proud of [laughs]. It’s very hard to start that freelance artist life, it would be nice if there was some financial support after art school. Just enough to help you build up your practice for a year or two. Getting to know that freelance world is hard. All those questions: do I take this? Or do I have enough money for now to focus on my own work? Or do I just accept any commission I’m offered and get experience? I remember watching a commencement speech by Neil Gaiman. He never had a classic education in writing, there was no set path to follow. He just knew he wanted to be a writer and envisioned his path as the mountain he needed to climb, and he picked jobs not based on how much money they would make him, but which ones would help him on the path up that mountain. And I like mountains. Which reminds me I don’t actually know why I live in Holland [laughs]

What do you think your life will look like a few years from now? Will you still be freelancing?

I’d like to apply for some grants, just to have some time and space to realise larger scale projects. I can see myself continuing to work as a freelancer for another two, maybe three years and then do a master’s somewhere. Not sure where yet, we’ll see!

“It’s nice when your inspiration can just be someone in your own environment. It makes the dream seem less unattainable, less like chasing air castles.”