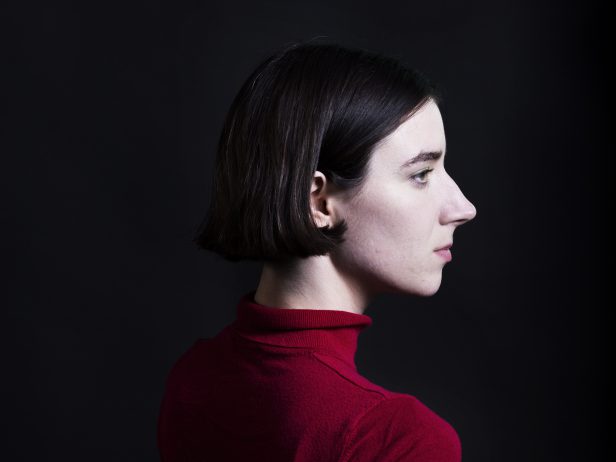 In the context of collaboration between WOW AIRs, current Artists in Residence Bruno Alves de Almeida and Monica Mays worked together to compose a reflective essay based on an interview between them. Bruno Alves de Almeida is a curator and architect that has been part of WOW throughout his participation in De Appel’s Curatorial Programme (2018/19) whilst Monica Mays joined the residency after completing an MA at the Sandberg Institute (2017). This essay reflects Mays’ sculptural and performative practice through De Almeidas curatorial voice.

There is a strange familiarity to the objects that inhabit Monica May’s work. At first glance, they seem to belong to the visual vocabulary and bodily experience that we have inherited from our daily lives. But quickly, the seemingly decipherable features give way to a set of enigmatic configurations that disrupt the expected “behaviors” of these things. Careful combinations and juxtapositions of shapes and materials guarantee that the pieces exist in a well-calculated limbo between the familiar and the uncanny. The objects cease to be domesticated and become quasi-creatures with a seemingly animalistic temperament. They articulate new vocabularies, and establish unconventional correlations to the space and to the individuals and more-than-human agents that they interact with. The “things” go beyond their physical outlines and become entangled within a larger network of immaterial dynamics that the artist sets in place. Performative and discursive situations are often as important attributes as materiality and shape. The conjunction of tangible and immaterial layers in space and time turns the work into an animate and hybrid organism, without easily discernible outlines. The core of the work does not lie in the things or the events themselves, but it inhabits the fleeting interstices between them.

The network of material and incorporeal elements that Monica orchestrates is simultaneously context-specific and “context-creating”. It not only responds to the conditions in which it is inserted, but also generates the circumstances through which it can enhance its actions. The same reasoning can be applied to the artist’s working process. It is, on the one hand, situation-specific and porous, absorbing influences and contributions from the individuals it is entangled with. But, on the other hand, the conceptual elasticity of her methodologies actively incites the emergence of other forms of togetherness, and processes of empathetic identification and contamination. Within these proceedings, collaboration and participation become forms of critical engagement rather than idealistic conceptions of agreement and camaraderie. And the process of discussing, making, exhibiting and performing the work, is not only a way to ponder upon other possible modes of personal and communal ethics/politics, but also a tool for prefiguring them, here and now.

Such non-normative ways of collaborating and co-existing are not processes that occur exclusively alongside other artists or art-related professionals. Local Spanish artisans, cloistered Carmelite nuns, Dutch farmers from the region of Friesland, are some of the individuals with whom Monica also cooperates in the making of her pieces. The working method developed from such alliances is balanced between the third parties’ creative and technical input and the artist’s precise instructions and intentions. The procedures that Monica entangles with traditional manufacturing processes, are not only a means to further enhance the shapes and materiality of her pieces, but fundamentally a strategy to engage with a tacit knowledge that is rooted in such practices. Through these processes the artist gains access to an embodied cultural memory that has taken refuge in procedures and skills passed down by traditions, which carry unique cultural identities in-between the individual and the social.

Working with such quasi-obsolete practices, which speak of past economies and ecologies, could easily culminate in conservative and retroactive proposals, but the work successfully avoids a nostalgic rescue and/or fetishization of these modes of production. It carries within itself a responsiveness to its social context and to the processes and narratives that gave rise to it, but any criticality or social comment is not handed on a silver platter. The shapes and materiality of the final pieces convey such knowledge but translate it into a vocabulary that incorporates both the familiar and the alienating; that is simultaneously impregnated with such ancestral cultural identity and regionality but also with the glimpses of utopian futures; that speak of community and kinship but also of an almost autobiographical individuality. Monica’s work goes beyond discernable narratives and easy categorizations and resists its insertion into edifying or critical grand narratives. As much as one can apprehend a strong coherence in such artistic practice and research, there is also a set of strategies that intentionally interrupt any immediate and comfortable comprehension of the whole. When it seems that the work has finally made itself known, it deliberately creates a twist in the plot, presenting new clues to other conclusions.

Local Spanish artisans, Carmelite nuns, and Dutch farmers are some of the individuals with whom Monica cooperates in the making of her pieces: A strategy to engage with a tacit knowledge that is rooted in such practices.