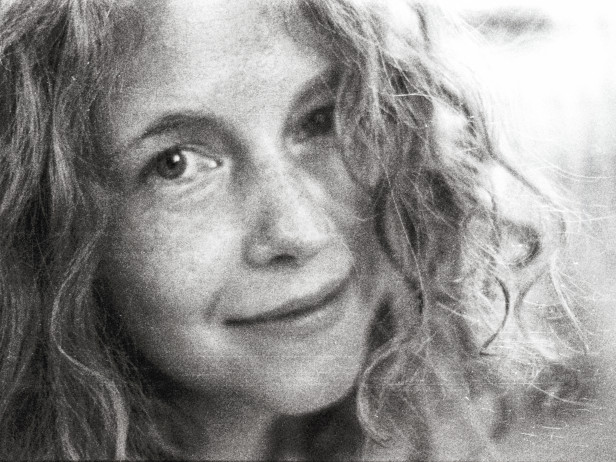 Last month we sat down with WOW Artist in Residence Kristina Daurova, who curates WOW.doc, the new documentary screening series at WOW. We talked about her works, interests and what brought her to organise this new series.

You have worked in a variety of fields and you produce very diverse works, but let’s first talk about where you’re coming from?

I have a very academic background. My original studies were in literature and language – Russian and Polish – so I started out as a philologist. As a student I also worked as a journalist, so I very much enjoy writing as well. Now, my background in literature is helping me because I’m starting to perceive cinema as a language, with a specific set of rules.

Also, after I graduated in Russia, I went to Poland for a year to research metaphysics in Krzysztof Kieślowski’s movies, who is a director I respect a lot. I spent a year in a library watching movies and reading, and it influenced me a lot as an artist, because it brought me to love the small details you unconsciously pick up from a film – a sort of intuition in your own body and memories. I now like to play with this kind of details also in my work, constructing a puzzle that the viewer can construct in their own way.

Making a connection is definitely prominent in body language, as in your video EYE Contact?

I realised that project last spring for an exhibition at the EYE Film Instituut, Archive as a place to play. Together with other students of the Filmacademie, we had the possibility to work with the EYE archive, which holds a lot of material from the 1910s, travelogues of Indonesia and India. While watching this material, I was amazed by how people in the footage connected with me by looking into the camera. Of course, being from the 1910s, those people are most likely dead, but they were real even if there is a 100 year-gap between us. When they were looking at me, I had this impression we were living in the same reality.

Also in the body language of our everyday life, when we make eye contact with people, it establishes a very strong connection. We can’t look at each other for too long nor too briefly. We always need to be aware of how long we look. The idea behind the installation was to make the people in the museum and the ones in the video live in the same reality inside the exhibition space, and some people told me it worked.

This is not the only time you worked on body gestures

Last year I started a dance documentary as a project for my master at the Film Academie, which combines personal memory, body language and body memory. I worked with a group of people, and together we were trying to find a way to translate personal memories based on a text into movement, starting from the original movements that people made as they read these stories. In the end we had nine individual performances, nine visual portraits of people, who told their own story through body language. For me it is an experiment, I just started editing the material we shot last November, and I will see soon if we succeeded or not. I’m quite excited to see the results.

You are also a choreographer besides being a film director, do you continue to do it in Amsterdam?

I’m both a choreographer and a dancer, but right now I am just doing some workshops and going to see performances. I decided to focus more on film for the two years that I am here at the Filmacademie and I’m trying to connect these two passions.

What attracts you about the documentary genre?

I like fiction films as well, but I find documentary more honest. I believe in what Krzysztof Kieślowski once said, that ‘life is much smarter than any script writer’. I really like the story and the dramaturgy inside documentary films. What I wanted to transmit with the series WOW.doc is that there is a cinema around us, and our neighbour could be the main protagonist of someone’s film. Reality is just a movie that exists in a parallel universe. This is also one of the criteria for the selection of films for this project: documentaries about people who could live here in our life, and could be the same as us. More and more films now are based on true stories.

Where did you get the idea for the WOW.doc series?

I organised a documentary festival in my hometown in Russia with some friends. What we did was very simple. We started to screen documentary films we loved very much and wanted to share with other people. Documentary is still not a very popular genre, and I think there could be a lot of concepts behind cinema clubs, but I find sharing films that you are passionate about a very honest motivation.

Other current and future projects?

My final project for the Filmacademie will be a proposal for a big story. I will work with the diaries of Virginia Woolf, and I want to transform her personal archive in movement.  I will still call it a documentary because it comes from her diaries, and not from one of her novels. However, since she is already dead, it will be more my personal artistic gaze on her story.

How is your residency in WOW helpful to your practice?

I’ve only been living here for a couple of weeks, so I still need to adjust a bit. However, it’s already been beneficial: for the last edition of WOW.doc we were looking for someone who would react to the documentary. Not the director, but someone from the artist community. When you live with other artists, you have experts on a variety of subjects living next door: I found the right candidate straightaway.

Check out Kristina’s videos on her Vimeo page, and see what she selected for the next edition of WOW.doc on 2 March.

What I wanted to transmit with WOW.doc is that there is cinema around us, and our neighbour could be the main protagonist of someone’s film. Reality is just a movie that exists in a parallel universe.