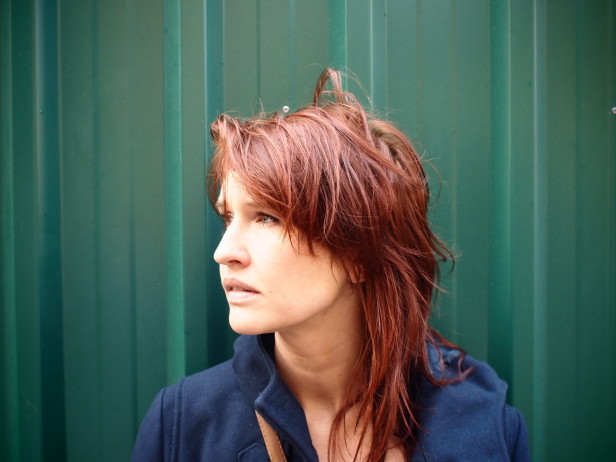 Jacobine knows everything about WOW, since she’s the filmmaker..

Why are you involved in WOW? What interested you?

WOW has asked me to capture the process of transforming the former school building into WOW in a documentary and three brief internet teasers. Since October 2013 I have been following the energetic team, the renovation and everything in and around the building. From my first encounter with WOW, I was immediately captivated by the insanely great cooperation of the team, the raw beauty of the building and all the exciting ideas.

Can you tell us more about yourself and your work?

The first thing you probably notice about my documentaries is that I get very close and intimate with the characters in my films. They are often portraits of people who live on the fringes of society and who allow me into their lives. Apparently I want these people, who often are avoided, to be shown and give them a voice. They feel at ease with me and I think this is my greatest talent. I try to put poetic images together with the raw reality.

Besides my own free work I make films, documentaries and music videos for institutions and companies. I am a visual storyteller. I like to involve the customer in the process of the creation of the film. I distinguish me by the ease with which I communicate with different people.

As a filmer you see a lot of things other people don’t. What is the most striking part of your documentary on the building process of WOW?

As a filmmaker, I have contact with anyone in the process. From the construction workers to the architect and from the initiators to the future residents. As a result I get in an ultimate way affiliated with WOW and that gives me besides a very good feeling personally also lots of material for the film.

My favorite moments in the film are the sequences that bring the building visually to life. For example, the heartbeat caused by the shadows of the slats on the wall.

I also think the shots that were made directly after the break-in are very beautiful. There is uncertainty about responsibilities and that brings tension. After that everybody starts to work extra hard showing the commitment and cooperation of the team.

WOW opened this summer. What were you most looking forward to?

I was very curious about the interaction between the hostel visitors and artists. We are open 4 weeks now and it is great to see the first encounters between several people, the visitors, artists and staff. It’s a joy to walk into WOW, it doesn’t matter what time during the day, even at night: there are always nice people. Furthermore I find it very funny to see the backpackers wandering through the Kolenkit neighborhood, all looking for WOW!

WOW What’s happening (teaser for the WOW documentary). The full documentary on the making of WOW is shown in the WOW Lobby every day.

other films by Jacobine:

From my first encounter with WOW, I was immediately captivated by the insanely great cooperation of the team, the raw beauty of the building and all the exciting ideas.

The Making of WOW

Watch the transformation of a former school into WOW..

View the making of WOW and learn more about us!