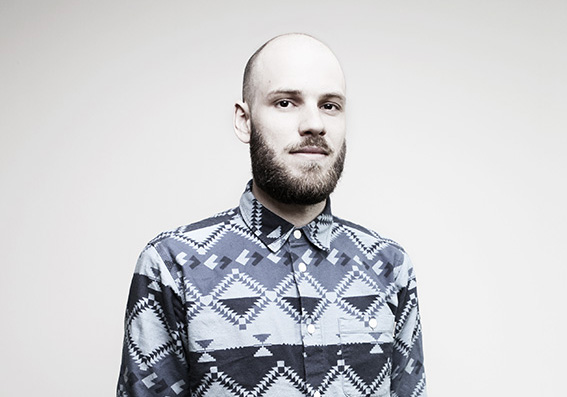 Ivo Clason is a student at the Amsterdam Academy of Architecture. Together with two other students he designed a meeting object for WOW.

Can you tell us more about yourself and your work?

After graduating from the Rietveld Academy I wanted realize larger projects. Now I’m in my second year of studies at the Amsterdam Academy of Architecture and I’m happy to incorporate what I have learned at both schools in my work, combining conceptual and practical aspects of designing spaces and objects. My projects contain clear concepts and I’m not shy to use bright colors.

Why are you involved in WOW? What interested you?

I think it’s a great opportunity to design and realize an object that not only has a function but also a social goal, that of bringing people together. We were given the space to do research the many initiatives in the surrounding area and discovered that this neighborhood is full of active and energetic people with great ideas. This inspired us to push beyond what was expected and to realize a great object.

What is the most interesting part of your design for the WOW Meeting Object?

I would say the most interesting part is the interaction between the static object of a stage/podium and the active use of a square by way of benches. A stage is a strange object – 90% of the time it’s functionless; it manifests a lack of activity. By transforming the same object into benches, the square, in front of the WOW building, has the potential of being used. At the same time it functions as a meeting point for the people of WOW: Artists In Residence and hostel visitors and the surrounding neighbors. It has a range of positions and possibilities to adapt to the changing demands of a creative hotspot. Watch a concert, dance in the arena, climb on it or just sit underneath the trees.

WOW opens this summer. What are you most looking forward to?

Meeting great people, being part of the energy that creative people bring and to see the neighborhood grow into a creative place. I’m looking forward to see great ideas arise from WOW and to see how people use the meeting object.
The energy of the neighborhood of WOW amazes me the most. You have great new initiatives start by young engaged designers that show the strength of good ideas that usually don’t need a lot of funding.

I think it’s a great opportunity to design and realize an object that not only has a function but also a social goal, that of bringing people together.