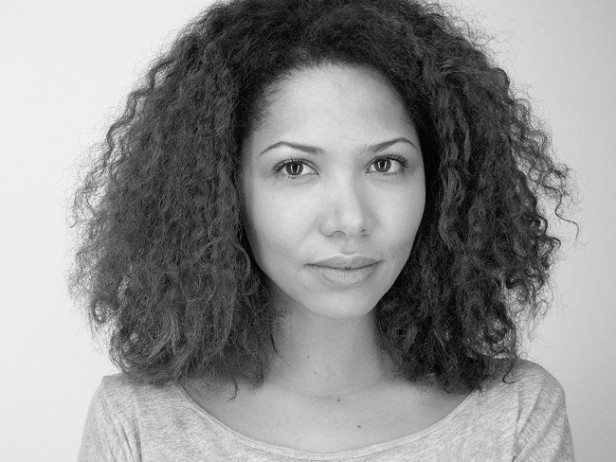 Fernanda Fernandes, fashion designer, was one of the 3Package Deal residents in WOW last year. January 2016 she was taking part in the MBFWA OFF SCHEDULE: WOW Fashion Volcano, in WOW.

Fernanda chooses to express herself and her views on the world through metaphors. Some time ago, she started to develop an interest in animals, as a metaphor for how human beings are. For her graduation collection her inspiration came from evolution and the similarities between apes and humans. “This was very interesting for me, so I kept going on and research on animals, that then I used as a symbol for my collections”. Of course it is more than just an animal, which is merely the façade of the concept.

For the installation she is going to present in January at WOW FASHION VOLCANO, she made a collection of sharp and heavy jewels, which are 3D printed in metal. “When I was researching I saw that humans were on top of the food chain, and we are the most fierce predators, but we have no spine, nor poison, and even without them we are the most aggressive in the way we treat each other and in the way we treat other animals”. She tried then to translate this aggression in very spiky and heavy jewelry, and made claws to symbolise our aggressive attitude. She wants to remind us that we are nothing more than animals, and even if the claws and the poison are not there, we are hurting each other and poisoning us and the world around us.

“I tried to translate that into a sculpture, and I really like to use 3D printing as a tool, so I printed the jewels and the face in porcelain, chopped by this very heavy jewelry. I really like the idea of a sculpture that is being attacked by itself or somebody else”.

Fernanda studied industrial design in Brazil and fashion design at AMFI in Amsterdam. In Brazil she focused more on the technical side, and worked mostly in the management area, while at AMFI she learned how to develop a concept, and how to apply it to art or fashion or a combination of both. “I always knew the tools and how to make things, but it was only during my studies at AMFI that I learned how to think and express a concept, how to make it sharper”.

She was one of the 3Package Deal residents in WOW with the Amsterdam Fonds voor de Kunst, and with the funds she received she realised a collection that is now being sold in stores. After that she developed a jewelry collection to show the combination of art and fashion, also through the way she showcases the product. “It is not just visual merchandising, but it is also a way to explain the idea. The way I present it is also a way to tell the story and bring more of the background into the final product”.

Fernanda comes from a family full of artisans. “Everybody does something with their hands, and I really like the traditional way of making things”. However, she is also interested in exploring different techniques, and new ways to make her products more high tech, mixing the different procedures. “Some things I make by hand, some are 3D printed, some are silkscreen, some are digitally printed, and I like the way they fit. I don’t think it should be one or another. I like to use everything”. 3D printing is also a good technique not to have too much waste, also for her clothes she uses leftover materials, in order to be sustainable.

Another reason why she chooses 3D printing is the possibility of seeing beforehand what the product will look like, and then enjoying the surprise when it is realised and seeing how it works in the light and the excitement of touching it. “The time you wait for the printer to realise the product creates a sort of excitement, and every time you learn something new, and a new technique”.

Inspiration comes from the things around her which make her question things. “It is an intuition, a response to the world around me, and how I feel about that, as many other designers, and then the question is whether you want to make a statement about it, or you want people to have questions, or if you want to start a conversation, or make people start a conversation with each other”.

About her time at WOW Fernanda says “I was working all the time, I did not have as much social interaction as I would have liked. There were people who also studied at AMFI, and it was nice to chat and help each other since we are not only fashion designers, but we are also starting entrepreneurs with our own fashion label, so we are going through the same bureaucracy and problems”. Now she is working at home and mainly on sales.

“I really like to participate in WOW Fashion Volcano, because it is a different way for me to show things than in a fashion show.”

To see more of her work visit her website.

Click here for the WOW FASHION VOLCANO event and find out more about about other participating fashion designers.

Fashion Volcano gives me a different way to show things than a fashion show.