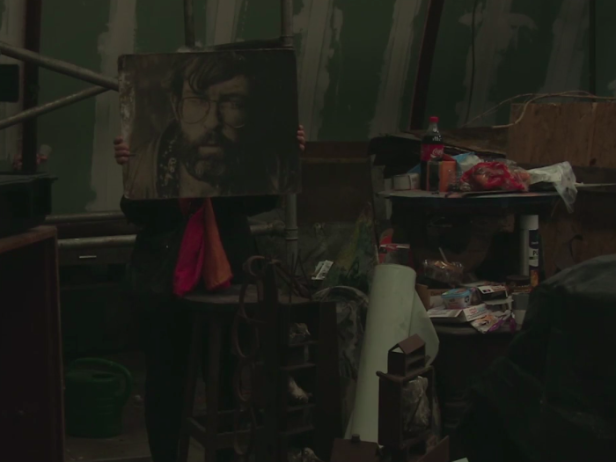 Watch the short movie ‘The iron poet. A conversation with Anne Cersosimo’, which was made on the occasion of an exhibition with sculpture works by Theo Niermeijer (1940-2005).

It has been ten years since Theo Niermeijer – The Iron Poet – passed away. His work can still be found throughout Amsterdam. Many sculptures are stored in his old workshop in Zeeburg. WOW takes them out into the daylight with the open air exhibition ‘Theo Niermeijer – the iron poet‘. Dozens of artworks will be on display behind WOW’s building and in the patio. Together, they illustrate Niermeijer’s artistic development.

Theo Niermeijer studied art in Amsterdam, Antwerp and Warsaw and travelled extensively through North-Africa, Iceland, the United States and the Middle and Far East. Especially influences from the latter continent can be seen in Niermeijer’s work.

One of his workshops was situated in Amsterdam district Zeeburg: an enormous piece of land with sheds, cars in various states of decay, lorries and mobile homes. Hundreds of sculptures inhabit the terrain, stood between car wrecks and nettles or leaning against trees and walls.

Sculptures from an earlier period (totem poles, built from ovals with lunar and solar signs, spirals, hearts and mask-like faces) stand together with newer, more abstract images. Niermeijer called himself ‘the poet of scrap metal’. He sometimes found the materials for his works on ship wharfs, where he collected the remains of metal cutting machines.

Travelling to India, Tibet and China ignited a strong interest in ancient Chinese and Buddhist philosophy. He researched Buddhist ceremony, the hailing of the gods. ”It is like a spell, an excorcism, the invocation of protection.” Niermeijer made enormous ‘blow-ups’ of tantras and mandalas: ”These sculptures form the antidote to all the evil that contaminates your (inner) life from without.”

Theo Niermeijer gathered around him a group of special people during his career. Many of them are now legendary figures. Simon Vinkenoog became a good friend, and wrote an obituary poem about Niermeijer at his death in 2005. The poet in iron was thus eternalised in words. Now, a decade later, we look back through a large collection of his work.

THE SETTING AT WOW

Our former school building in the Kolenkitbuurt has, apart from huge interior spaces, a generous patio and front and rear gardens. Niermeijer’s sculptures are mostly placed behind the building, between exciting vegetation and the advanced urban farm of de Plantage.

The exhibition ‘Theo Niermeijer – De IJzeren Dichter (The Iron Poet) 1940-2005′ runs from Sunday 6 September till Sunday 1 November 2015. Free entry. Open every day from 10am to 6pm. See also our Facebook page for pictures of the opening. The film The Iron Poet – a conversation with Anne was made by Documentairefabriek.