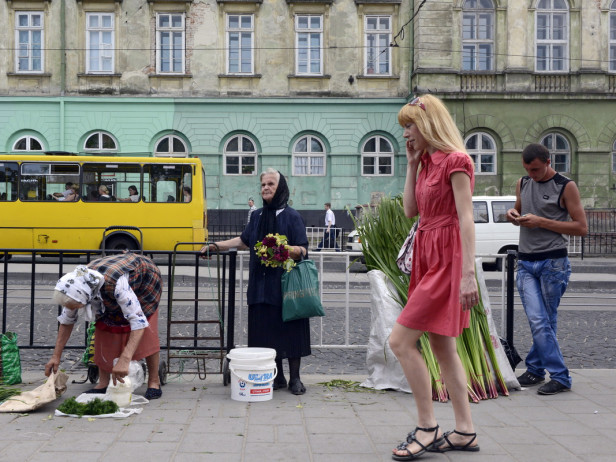 18 September WOW will open a new exhibition showing photo’s of Lviv. The city of Lviv, situated in Western Ukraine, was formerly named Leopolis, Lemberg, Lwów and Lvov. It is one of the most beautiful cities in Europe, but is still struggling with its history. It is a city in which Hitler and Stalin were given free rein, resulting in the systematic destruction of a thriving Central-European culture. Many pre-war residents were expelled or murdered. Yet the buildings have been miraculously salvaged. How do the current residents deal with that heritage?

Five Dutchmen became intrigued by this question. Documentary photographer Dolph Kessler penetrates with his photographs deep into the Lviv of today. He exhibits his pictures in the Green Gallery of WOW. Also a book is launched in which journalist Michiel Driebergen, urban planner Kees van Ruyven and philosopher Ruud Meij explore the history, the present and the future of Lviv in three fascinating essays. Herman Zonderland has made a unique map supplement. This book is a declaration of love for this pearl in the heart of Europe.

The exhibition will be opened in the Green Gallery of WOW (1th floor) by Chris Krijne, journalist of the VPRO, on Thursday 18 September at 17.00 h.