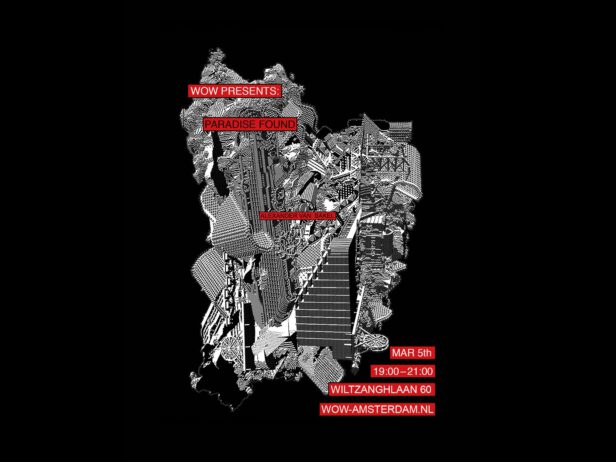 All his planets are constructed out of these fundamental computer game units. These architectural images look like possible future cities inspired by historical, monumental architecture. However, the buildings solely exist in the realm of an online computer game; they have no function, they are only form.

Van Bakel embraces the Internet; his work is part of the digital world but also questions its meaning for our present-day societies and the future we will build.

BIO – Alexander van Bakel (1994) is an artist and writer born and based in Amsterdam. He creates imaginary worlds in a completely rational solar-system with planets consisting of dazzling structures that appear to lure and subsequently constrict the spectator into a promise for a potential future. The spectator is thrown into an alien world where he or she has to redefine his or her position as a human being. To make some sense of it Alexander van Bakel aims to scientifically examine this strange inhospitable universe of his own making. Since the journey is undertaken alone he has to take on different roles and while documenting everything, be at the same time a physicist, architect, biologist, geologist, tourist, philosopher and artist.