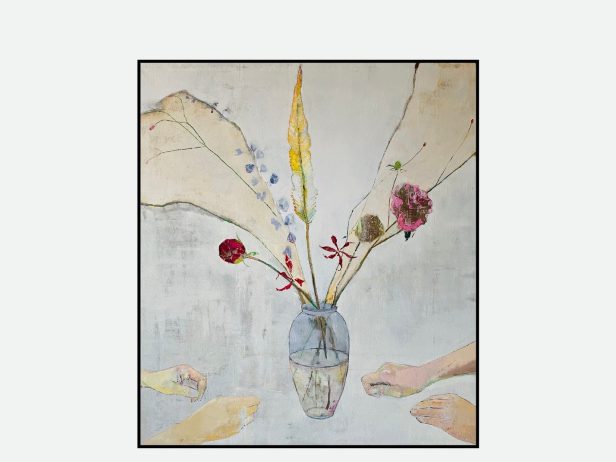 Koen Ebeling Koning (1968, Enschede, NL) makes paintings, often large in size, in response to a drawing or to pictures that he elaborates on in drawings. He himself is often the subject, placed in recognizable surroundings: the atelier, a soccer dug-out, the kitchen, a bedroom. He surrenders himself to an activity: watching, reading, sleeping, painting. In his own words: “I make self portraits, not to show my ego but to exhibit it.” His paintings are snapshots of seemingly unremarkable moments, careless experiences, recognizable for everyone.

Koning is educated at AKI ARTez Academy for Art & Design in Enschede. During his studies, he accepted the Encouragement Award for Young Artists from the Bijbels Museum (1990). After finishing at AKI, Ebeling Koning studied at Rijksakademie van Beeldende Kunsten in Amsterdam. During his final year (1994), he accepted the Royal Award for Modern Painting, awarded by Queen Beatrix, and won the Paul Citroen Award from Provincie Overijssel. His work has been exhibited in various galleries, including Wetering Gallery (2008), Gallery Van Kranendonk (2009), Gallery Dom’Arte (2011), and Gallery LUMCm (2011). It is also part of many art collections, among which the collections of Museum Het Valkhof, the private collection of the brothers Van der Grinten, and the collection of the Ministry of Foreign Affairs.